The Growth Paradox: Story of India

Consumption have been propping up growth while investments falter.

India’s economy, which is primarily driven by private consumption, has been slowing down for last 5 quarters in continuation and these quarterly slowdowns are quite steep[1].  If we look at GDP’s components during the period FY12 to FY19, we find that share of private consumptions in GDP has increased to 59.4%  in FY19 from 56.2% in FY12 and during the same period share of investments[2] in GDP has gone down to 31.3% in FY19 from 39.6% in FY12[3]. 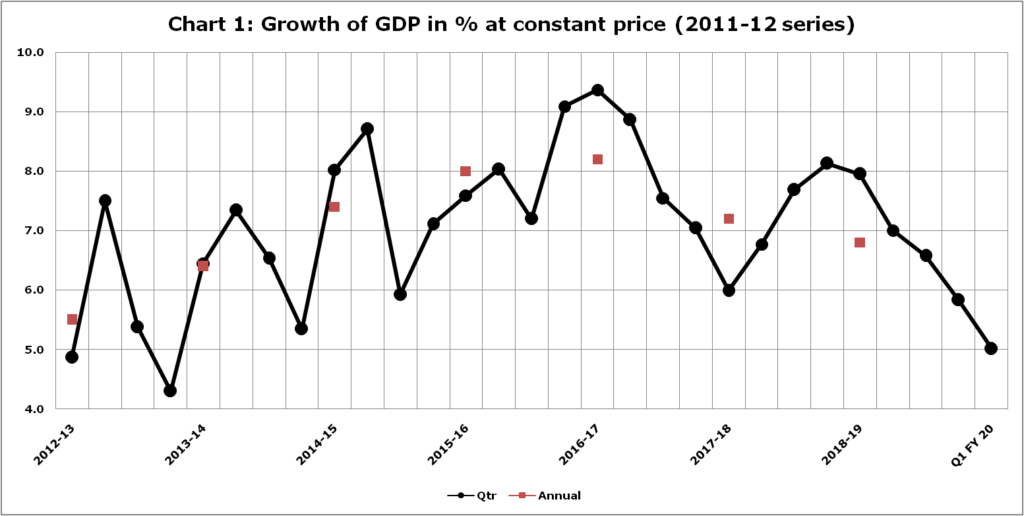 On looking at growth rate of GDP’s components, we find that growth in investments has declined during the period[4]. There could be many reasons behind this decline viz. regulatory issues, highly leveraged balance sheets, NPA crisis, demonetization, GST, NBFC crisis etc. Investments in sectors like infrastructures, housing, thermal power generation, solar power generation, etc. have got stuck due to various reasons.

Imports and exports both have come down in slowing economy. As imports have fallen sharper than exports, trade deficit has narrowed down to -3.9% of GDP in FY19 form the level of -6.5% of GDP in FY12.

While global trade issues – USA-China tussle, nationalization over globalization where countries are challenging international treaties led by USA, could be behind subdued exports, decline in imports could be associated with slowdown in economy and falling investments.

When investments are down for such a long period, it not only adversely affects employment generation potential of the economy but also growth in demand – both direct as well as derived, of various sectors. Recent IIP numbers are pointing towards weakening of demand in various sectors.

Another way to look at growth challenges of India is through household savings. In FY12 household savings was 23.6% of GDP, which came down to the level of 17.2% of GDP in FY18[5]. It is a big drop of 6.4% of GDP in just 6 years period of time. During the same period household debt as a percentage of GDP has gone up to 10.91% in 2018 from the level of 8.59% in 2012[6].  It indicates that disposable income of households could be going down. That could happen due to slower earnings’ growth with respect to increasing expenses, higher overall taxes, increasing unemployment and job losses at very large scale. 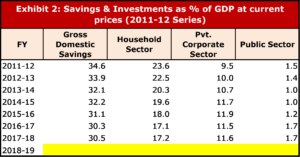 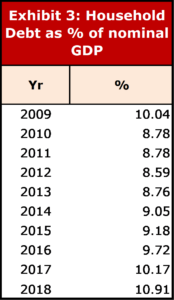 India has 247 million households, out of which 168 million (68%) are Rural households, and 79 million (32%) are Urban households[7]. Rural households play very important role in consumption story of the country. But rural economy, which largely depends on agriculture, is not doing well. In-fact the terms of trade in agriculture is falling and it is in negative territory. All the efforts of recent past to reverse the situation have not yielded desired outcome and as a result rural households’ income has stagnated.

During the period of low economic growth, income of urban households suffers due to terms and nature of employment. Mostly employment contracts are designed in such a way that a significant portion of earnings of an individual is in the form of variable pay, which fluctuates with economic outlook. Apart from that a large number of jobs are on contractual basis and its share in overall employment is growing. Individuals having contractual jobs suffer the most during the period of economic downturn.

A significant portion of households’ income goes towards meeting the expenses of Health and Education. These two sectors are part of social infrastructure, but still not on the priority list of the governments – both central as well as state, and it seems that governments have abandoned these two sectors completely for the sake of other welfare schemes. Therefore, private sector is filling up the gaps. Cost of services in these two sectors simply keeps going up every year as these sectors are immune to economic slowdowns.

Higher taxes – both direct and in-direct, also dent savings. Despite the fact that government is rationalizing GST rates on various items, it can be argued that overall taxes – combined effect of income tax, GST, and other various surcharges/taxes which are levied, are still very high. Recently, government have reduced corporate tax rates and that has created hope that in coming budget individual income tax rates would also be reduced.

Government have evolved a 3-pronged strategy to counter slowdown.

Efficacy of above measures would be tested in an economy where households’ earnings and savings are under deep stress. In prolonged economic slowdown people have experienced problems related with job security, declining take home income, savings getting stuck with builders, and overnight downgrades of investment papers.  Now question is that whether people would forget those experiences and continue to avail credits as before for consumption? If answer is no, what would happen to credit led consumptions which government is trying to push in order to drive demand and hence GDP?

This article was published in conclave guide of 2nd IASCC-XLRI Leadership Conclave at Hyderabad, 19-20 November 2019.

[9] written by Mr. Santosh Mehrotra, and Mr. Jayati K Parida and published by the Centre of Sustainable Employment at the Azim Premji University, Indian Express, November 1, 2019 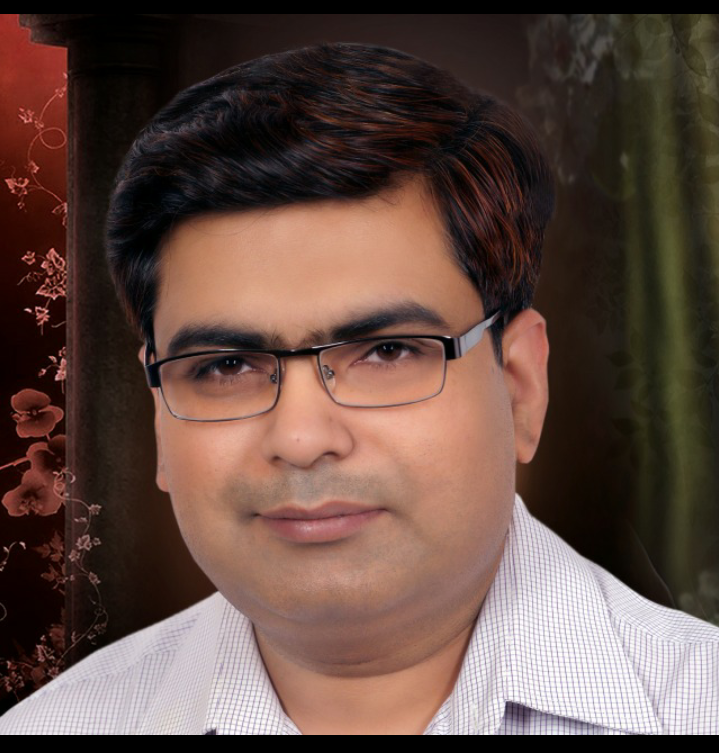